This particular Auburn Coupe 851 rolled out the doors of the Auburn Automobile factory in Connersville, Indiana, sometime in the early months of 1935. We know it was the early part because each year Auburn started the VIN numbers of their new models with 1000, and this Auburn is VIN No. 1950 of some 3,300 Auburn automobiles assembled that year. Sadly, this was to be the last year of production.

There were a few 1936 models assembled but these were basically made from parts left over from 1935.  The challenge of keeping up with the major automobile manufacturers at the time became too great. The market for selling cars in the high-end price range grew very narrow, and along with the Auburn, there were two other marvelous automobiles, the Cord and Duesenberg, coming out of the same factory were also brought to a screeching halt.

This Auburn Coupe 851 was restored in 1982 by Greg Tyree and his team of craftsmen. This magnificent vehicle was taken by the owner to Pebble Beach Concourse d’ Elegance in 1983 and it won in its’ class. The world famous photographer, Ansel Adams, was a judge in 1983. He  passed on April 22, 1984. 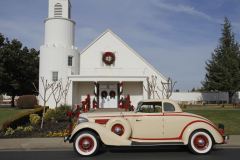 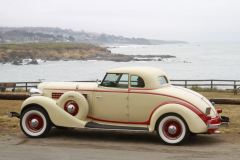 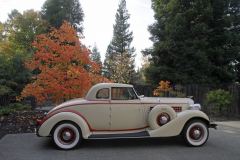 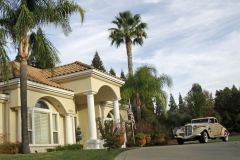 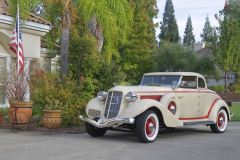 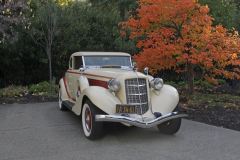 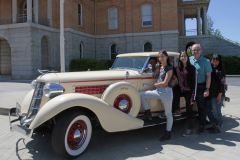 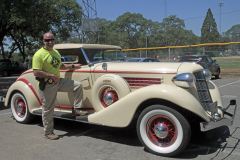 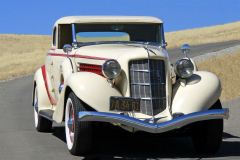 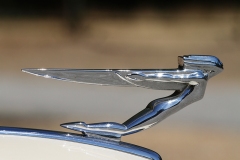 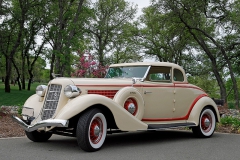 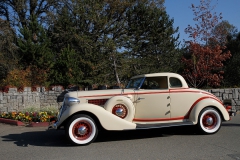 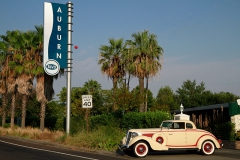 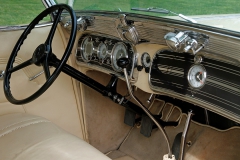 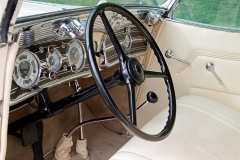 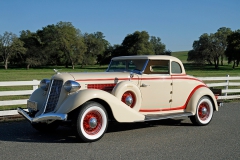 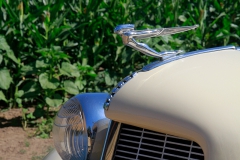 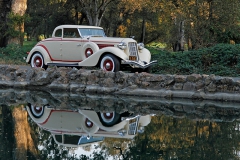